WHAT – 2,514th Star on the Hollywood Walk of Fame
in the Category of Recording

WHERE – 6262 Hollywood Boulevard
in front of the W Hollywood Hotel

Event will be live-streamed exclusively on www.walkoffame.com

The Hollywood Chamber of Commerce is proud to announce that performer Thalia will be honored with the 2,514th star on the Hollywood Walk of Fame on Thursday, December 5, 2013 at 11:30 a.m. PST. “Thalia is hailed by her fans as the queen of Latin Pop.  She is a singer and actress, as well as an author, radio personality and entrepreneur” stated Ana Martinez, Producer of the Walk of Fame ceremonies. “The woman can’t be stopped, and we are proud to honor and welcome her to our Walk of Fame family.” 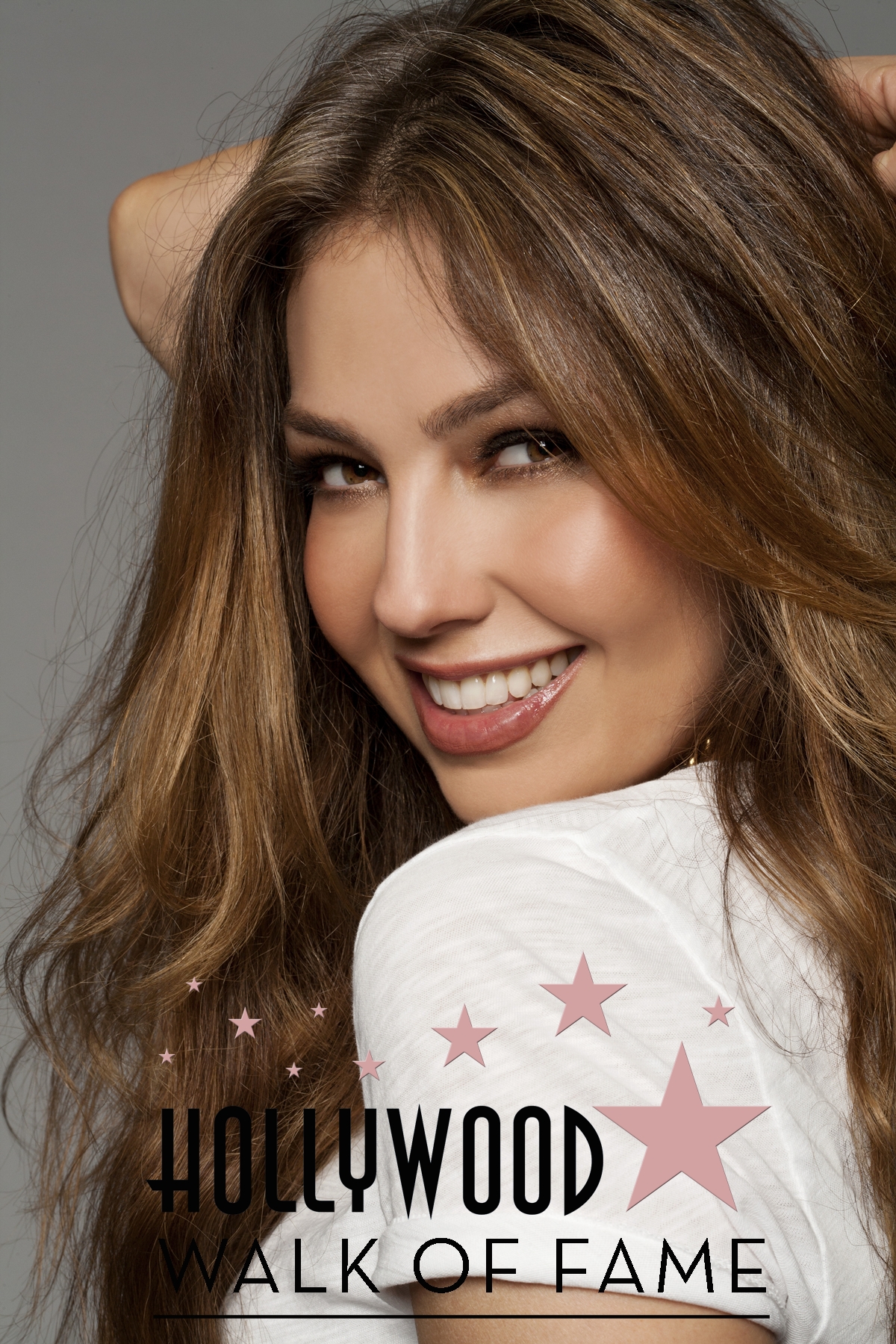 Emcee Leron Gubler, President & CEO of the Hollywood Chamber of Commerce will help Thalia unveil the 2,514th star in the category of Recording at 6262 Hollywood Boulevard in front of the W Hollywood Hotel. The star ceremony will be streamed live exclusively on www.walkoffame.com

A dynamic singer, gifted actress and inspired businesswoman, Thalia Sodi, better known to her countless fans as just Thalia, is an international superstar. This beloved Latina’s career has spun almost three decades, which began when she was just nine-years-old in her native Mexico City. She has sold over 40-million records worldwide. She has had 28 Top 10 singles, 15 of which went to No. 1. Thalia has received numerous accolades including two Latin Billboard awards and several Premios Juventud awards. She is considered Mexico’s most famous telenovela actress with legions of followers around the globe. Her telenovelas have been translated in several languages and have aired in more than 180 countries with a viewership of more than two billion people. She has been named one of People Magazine’s Most Beautiful (Los Más Bellos) a record nine-times (May 2012) and top 25 most powerful Latinas by People en Espanol.

She is currently the host of “Conexion Thalia,” a nationally syndicated radio show in its 6th year.  She is also an accomplished author. Her recent children’s book entitled, “Chupie: The Binky that Returned Home” was released October 31, 2013 (Penguin). She has also authored a memoir “Growing Stronger,” (Penguin), as well as “How-To” beauty book entitled “Belleza: Lessons in Lip Gloss and Happiness” and “Radiante! Fit and Fabulous Pregnancy” for moms-to-be (Chronicle Books).

One of the most-followed and influential Latin celebrities with over 12.3 million social media followers through twitter, Facebook and Instagram. Thalia.com launched in November 2007 and was featured on CWA – Creative Website Awards (January 2008) and applauded in Taschen’s design book “Web Design: Navigation.”

Thalia is a spokesperson for the March of Dimes and is a supporter of such non-profit organizations as The Robin Hood Foundation, St. Jude Children’s Research Hospital and Casita Maria, an afterschool program and facility serving primarily Hispanic children of the South Bronx.

For more information and to view who shares a star on the Hollywood Walk of Fame, visit www.walkoffame.com.